Chicago city is home to many ghosts. From eerie graveyards to haunted houses, there is always something scary in the neighborhoods that can scare the wit out of you. Though there are many stories of ghosts, Resurrection Mary has to be among the most famous ghosts of Chicago. Resurrection Cemetery on Archer Avenue, Justice, IL, is a haunted cemetery that’s the focus of a continuing mystery.

Resurrection Mary is a popular Chicago ghost story. It is about a vanishing hitchhiker and takes place near the Resurrection Cemetery. There have been many hitchhiker ghost stories but Resurrection Mary is still the most famous. The tale of Mary the vanishing ghost starts in mid-1930s. Drivers driving along Archer Avenue between Resurrection Cemetery and Willowbrook Ballroom (formerly Oh Henry Ballroom) started reporting picking up a female hitchhiker. The young woman was allegedly dressed in a formal white party dress and is said to have blue eyes and light blond hair. Other reports indicate that she wears dancing shoes, has a thin shawl, and has a small clutch purse. As the vehicles approach the cemetery, the young woman asks to be let out and she vanishes into the cemetery. Quite scary, right?

Richard Crowe a ‘full-time ghost hunter’ has managed to collect dozens of ‘substantiated’ reports of the sighting of Mary from the mid-1930’s to present time. 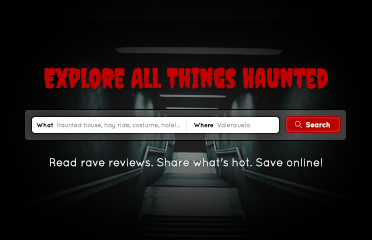 The Legend Behind Mary The Ghost

The story behind the ghosts starts with Mary spending the evening with her boyfriend at Oh Henry Ballroom. They allegedly argued at some point and this led to Mary storming out of the ballroom. It was a cold winter but she preferred walking home in the cold rather than staying another second with the boyfriend.

A short distance from the ballroom, on Archer Avenue, she was hit by a hit-and-run driver and she died on the spot. Her parents found her dead and were grief-stricken when they saw her body. She was buried in Resurrection Cemetery. Her burial clothes were a beautiful white dancing dress that matched her dancing shoes. There are no reports of the hit-and-run driver being found.

There have been many people who have claimed to have had an encounter with Mary. The surprising thing is that every story seems to be different in the encounter but the description of Mary has remained almost 100% constant. This can really send shivers down your spine because it puts the mystery closer to a truth that we all don’t want to believe in.

There are many sane people who have claimed to have met Mary the Ghost. Some say that she was standing on the roadside along Archer Avenue. Some have actually claimed that they hit Mary but when they exited the car, she was gone.

One of the most bizarre encounters involves a driver driving past the Cemetery on the night of August 10th 1976. The driver was passing the cemetery at around 10:30 at night. He saw a girl standing on the inside part of the cemetery gates. He said that she was in a white dress holding the gates’ iron bars. So he stopped at the Justice police station to report that someone might have been locked inside the cemetery. When the offer responding to the report got to the cemetery, there was no one there

He decided to inspect the location where the driver claimed to have seen the girl. The revelation was scary. Two of the gate bars had been pulled apart and had sharp bent angles. The bent parts had blackened scorch marks. The marks have handprints that were seared into the bars. These marks made headlines and people started visiting the cemetery to witness the evidence left behind by Mary. The cemetery officials tried to get rid of the marks with a blowtorch but this made things worse. Finally, they decided to cut the bars off to discourage the crowds.

The cemetery tried to cover up everything with their version of the story. They said that a sewer truck backed into the cemetery gates. They said that the scorched marks were as a result of the workers trying to fix the bars with a blowtorch. Though they tried to explain the bent bars, they did little to explain the small fingers marks on the bars.

Some people have reported having a dance with Mary at the ballroom. They offer Mary a ride home but once they pass the cemetery, she does the usual, she disappears into thin air. The story of the encounter comes in many variations, but the end is always the same – Mary disappears. Story lovers believe that the true identity of Mary is Anna ‘Marija’ Norkus, They also suspect that she could be Mary Bregovy, a young woman who died in 1934 after a car accident downtown Chicago Loop.

The stories of Mary from Resurrection Cemetery faded off in the 1990’s but to date, people are still seeing the inadequately dressed young lady in winter months. People are still visiting this Avenue attempting to experience the encounter. There are still many stories some unbelievable and some straight chilling to the bone.

No one really knows who Mary is but the stories are not about to stop. She might vanish every time she reaches the cemetery gates but her legend lives on.  We might never know why she haunts this area and what she wants. However, she will continue providing a mysterious place in Windy City.

You can have a chance to experience the ghost of Mary. Experience the spooky cemetery and enjoy the sight of the largest stained glass window, and maybe grab a drink at the Oh Henry Ballroom, now known as Willowbrook Ballroom & Banquets where the story began. You can also, maybe, see Mary the ghost.

Whatever you do, don’t give her a ride; she will not chip in for gas.